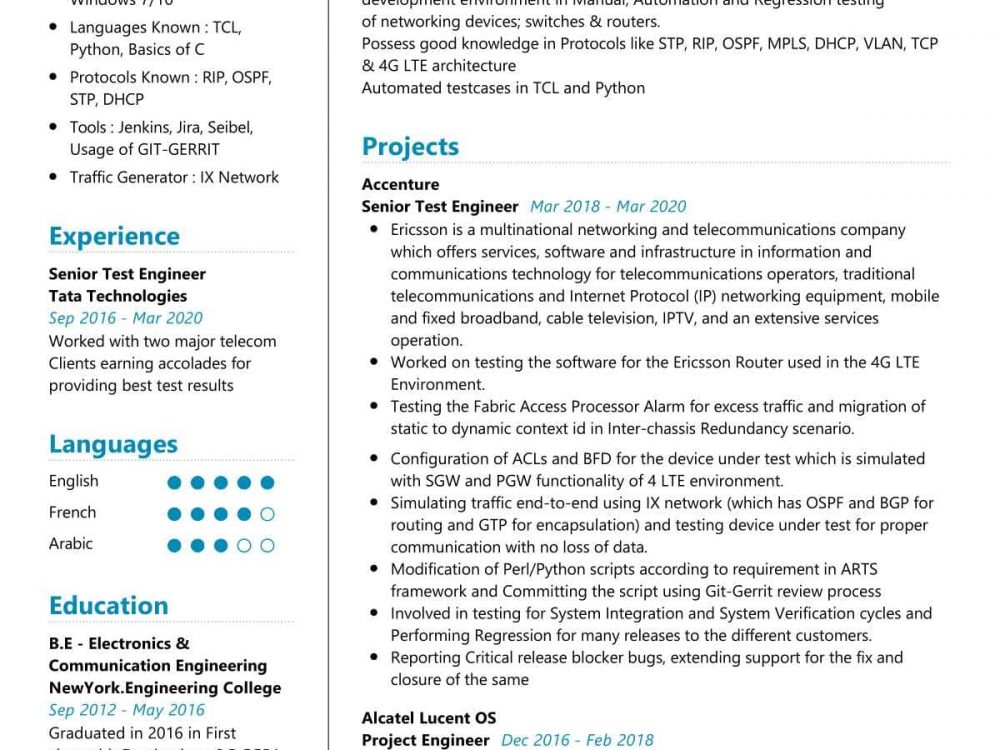 Are you a Test Engineer by profession and looking for an exciting career? We have good news for you! use our professional Senior Test Engineer Resume Sample. You don’t have to start writing from scratch. Just click “Edit Resume” and modify it with your details. Update the template fonts and colors have the best chance of landing your dream job. Find more resume samples.